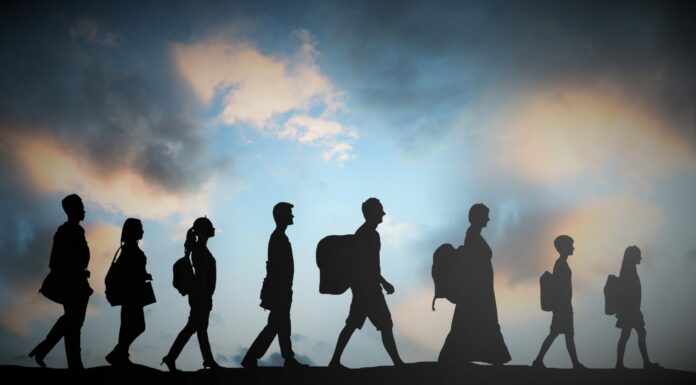 A recently published report, State of the Nordic Region, states that real estate prices increased the most in Iceland, out of all the Nordic countries during the Covid-19 pandemic. The report also states that the country’s GDP went further down, than in any other Nordic country. Unemployment also grew the most in Iceland compared to the other countries.

Birth rates went up in Iceland during the pandemic, as was the case in the other Nordic countries. Birth rates were 7,8% higher from January until September 2021, compared to the same months in 2020.

The number of people migrating to Iceland went down 17% between the years 2019 and 2020. However, the number of people migrating from Iceland to other countries went up 13% during the same period. According to the research cited in the report, the decreasing number of immigrants in Iceland can be largely explained by fewer people coming into the country from the Czech Republic, Lithuania, Poland, and Serbia.

When it comes to people migrating from Iceland to other countries, the most common countries were Croatia, Lithuania, Latvia, Poland, Portugal, and Romania. Internal migration in Iceland grew by 16% between the years 2019 and 2020, reaching an all-time high since 1986.

The labor markets that were hit the hardest during the pandemic were the real estate market, transport, and the arts.

Looking closely at real estate prices, they have been going up in general in the last two years, in the Nordic countries. However, the prices spiked the most in Iceland. Sweden is next in line after Iceland, then Denmark, Norway and lastly, Finland. Finland was in fact the only Nordic country to only have moderate increases in real estate prices and a much steadier real estate market.

„Obviously the proportion of people working from home has grown quite a lot, which has influenced travel, real estate prices and choice of residence. The real estate prices in some rural areas in the Nordic region have spiked even more than in the big cities – such as in Åre in Sweden and Bornholm in Denmark. When looking at prices in a country as a whole, the increase was most substantial in Iceland’s real estate market,“ one of the report’s authors at Nordregio, Linda Randall, says.

This article was originally written in Icelandic by Salome Friðgeirsdóttir.

The shooting in Hafnarfjörður: Six-year-old boy and his father were inside one of the cars

The suspect in Barðavogur was previously convicted for a violent crime