Guðnason gives out advice: „The source is in certain places in Europe where sex is liberal“ 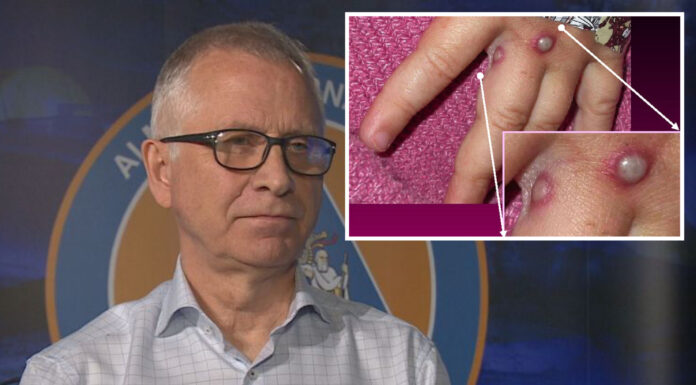 „It is transmitted during sexual acts between people of all genders. It just so happens to mostly have been diagnosed in men recently, and the source is in certain places in Europe where sex is liberal,“ says Þórólfur Guðnason, Chief Epidemiologist for Iceland, regarding the Monkey Pox, during last night’s news on Channel 2.

Two men have been diagnosed with the Monkey Pox in Iceland, one of whom has just returned from Europe. Neither man is seriously ill. They are known to be connected and are both living in the Reykjavík metropolitan area.

Guðnason states that it is vital to be watchful of any symptoms. He also urges people not to engage in sexual acts with strangers.

„If people start to develop pimples or blisters on the skin; especially on the genitals or genital area, they should quickly seek health care; at the unit for skin and sexually transmitted decease in Landspítali hospital, or the outpatient unit for infectious deceases, and receive a diagnosis as soon as possible.“

The Monkey Pox has up until now mostly been diagnosed in bisexual and gay men. LGBTQ+ associations are worried about an increase in prejudice against gay people, however, Guðnason claims the decease not to be connected to sexuality at all. It is not considered to be highly contagious and has mostly been transmitted through sexual intercourse. It can also transmit by droplets from the airway, as well as by towels and sheets.

Guðnason says it is likely that more cases will be diagnosed in the coming days, though it is hard to say how many they might be. „That will depend on people’s behaviors and how successful we will be in taming the spread.“

This article was originally published in Icelandic by Katrín Heiða Guðjónsdóttir.