Hauksson got on well with an accused war criminal 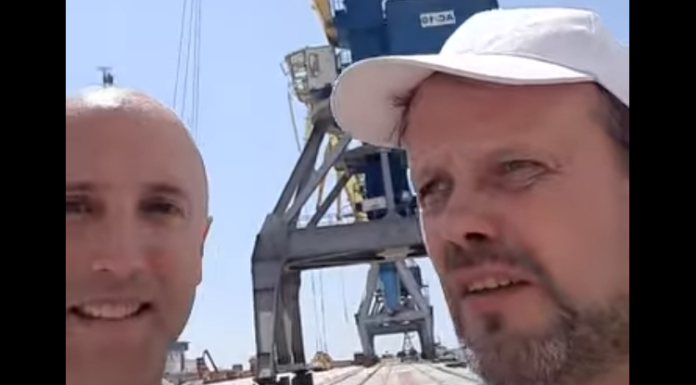 Icelandic journalist Haukur Hauksson is now traveling in a conflict zone in Ukraine. Fréttablaðið recently reported that he was there by invitation from the Russian government. According to recent news from Hauksson, he had a polite chat this weekend with a man who is believed to have recently committed war crimes.

How it started. How it’s going. pic.twitter.com/xrGBeQGGal

The man in question is Graham Phillips. He is a British citizen and is considered quite controversial in his home country. However, he is said to have crossed the line when he interviewed his compatriot, Aiden Aslin, who had fought for Ukraine and was captured by the Russians. Such treatment of prisoners of war is a violation of the Geneva Conventions.

Hauksson met Phillips in Mariupol and got on well with him. Philips calls Hauksson Hawk. This is because his first name, Haukur, translates to Hawk in Icelandic. The war crimes of Philips and Russia were not discussed. A video can be seen below.

This article was originally published in Icelandic by Hjálmar Friðriksson.